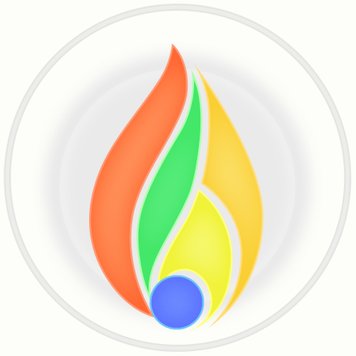 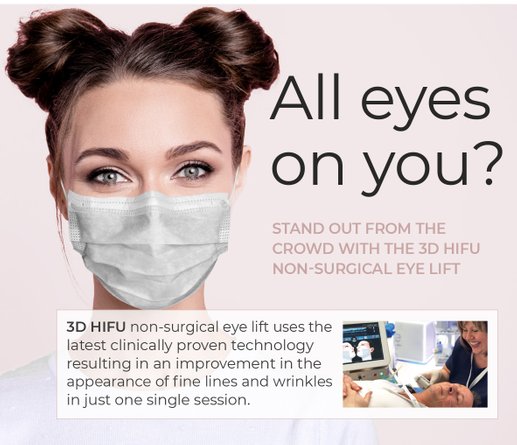 Non-surgical Skin Lifting has become one of the most sought after treatments, and HIFU is the latest to excel in this arena in just one single session! It targets individual brow lifting, jowl line lifting, nasolabial fold reduction, periorbital wrinkle reduction, and overall skin tightening and rejuvenation. The highly focussed acoustic energy creates thermal coagulation zones at three different selected depths. Following this, a wound healing response results in the formation of SMAS tightening and new collagen, thus providing a longer term tightening of the skin. Generally, a noticeable improvement in the patients facial contouring and fine lines and wrinkles will be reportedly seen up to six weeks post treatment. There is no downtime associated with this non-invasive procedure.

The most advanced non-invasive face lift available today. Lifts, tightens and tones the face working deep within the skin. Rejuvenates the collagen levels, tightens loose skin and greatly reduces wrinkles and the signs of aging. Used by leading medical expert’s results will last between 12-18 months from a single session. 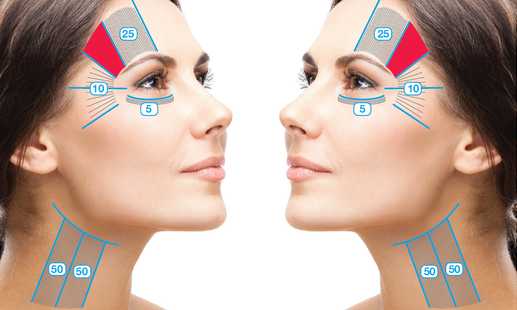 Results will develop over the course of 2-3 months with some clients experiencing continued improvement for up to six months.

whilst the 3D-HIFU Face procedure will not be as drastic as surgical intervention, it is an exciting alternative for those clients who do not with to undergo surgery.

3D-HIFU Face focuses energy to stimulate the deep support layers of the skin without causing damage to the skin surface. The treatment stimulate the growth of new collagen resulting in a lifted, firmer and toned appeared of the skin.

What it unique the 3D- HIFU Face treatment?

No. 3D-HIFU Face is focussed on the skin and the support layer below it without cutting or damaging the surface of the skin.

Can 3D-HIFU Face replace a facelift?

Although 3D-HIFU Face is uplifting, it is not a surgical facelift, Whilst our procedure will not be as drastic as sugical intervention, it is an inviting alternative to those who are not ready for surgery.

Thousands of treatments have been performed worldwide using this type of technology without any significant adverse events. In addition, the ultrasound energy has a proven track record, with use in the field of Aesthetic Medicine for more than 50 years.

Who is a good candidates for 3D-HIFU Face?

A good candidate for 3D-HIFU Face is someone with skin that has relaxed to the point of, an often feeling, less firm. i.e. tired Typically, those in their thirties and older who have mild to moderate skin laxity are your compatibility please ask staff for a free consultation.